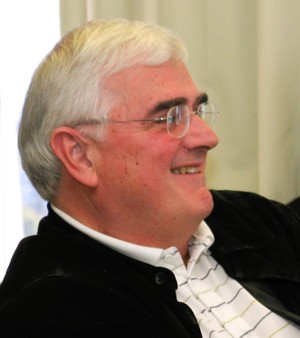 The Doug Ohlin Founder’s Award is presented to the current MAA member for overall excellence as a notable contributor to the advancement of professional issues related to audiology, hearing conservation, or hearing science. A veteran of both the Navy and Army, Dr. Ohlin was a tireless advocate for prevention of noise-induced hearing loss and an inspiration to those around him. He served for more than 35 years as the centerpiece for the U.S. Army’s hearing conservation effort. He served as the Program Manager for the U.S. Army Hearing Conservation Program Office and, in essence, “created” Army Hearing Conservation. A leader, mentor and educator, his dedication improved the lives of Service Members and civilians across the Department of Defense. He was chair of the Department of Defense Tri-service working group for 13 years and a member of the advisory board to the National Research Center for Rehabilitative Auditory Research for Veteran’s Affairs. Throughout his career, his untiring efforts to ensure that Service Members could serve their country without sacrificing their hearing impacted many hundreds of thousands of Service Members. Many of the Department of Defense’s hearing policies and procedures in place today are the result of Dr. Ohlin’s efforts. Even in retirement, Dr. Ohlin remained a staunch advocate of the Service Member and never passed an opportunity to talk with Service Members and military leaders alike about the importance of hearing. His legacy serves to inspire us all to continue promoting good hearing health and improving hearing conservation. Past winners of this award include: